Mike Flynn is the Director of Mathematics Leadership Programs at Mount Holyoke College. In this capacity he runs the Master of Arts in Mathematics Teaching program, oversees all the programming for the department, and develops new innovative ways to make the work of MLP more accessible to teachers. He developed the hybrid learning model for our graduate and professional learning programs. He also created the virtual lesson study model for pre-service teachers and math coaches. Both of these innovations connect people from around the world for enhanced professional learning in mathematics. 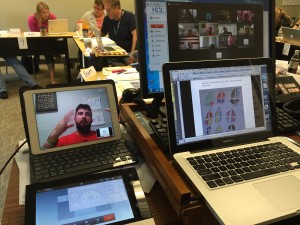 Mike is the Author of Beyond Answers: Exploring Mathematical Practices with Young Children, a book designed for elementary educators, particularly K-2 teachers to help them understand how math practices unfold in the classroom.

In 2015, Mike and his colleagues, Dan Meyer and Zak Champagne, created ShadowCon, a teacher-led mini conference hosted at the National Council of Teachers of Mathematics Annual Meeting in Boston. This hugely successful event was designed as an experiment to change the typical conference experience by extending the learning beyond the confines of the session through unique calls to action. Each of the ten-minute talks by the six speakers was recorded and hosted on the ShadowCon site so others could watch them and implement the calls to action. Teachers from around the world engaged in conversation about this work through Twitter, blogs, and the discussion boards on the ShadowCon Site. This experience was so popular that NCTM has added Shadow Con as part of their program for the annual conference each year since its launch. 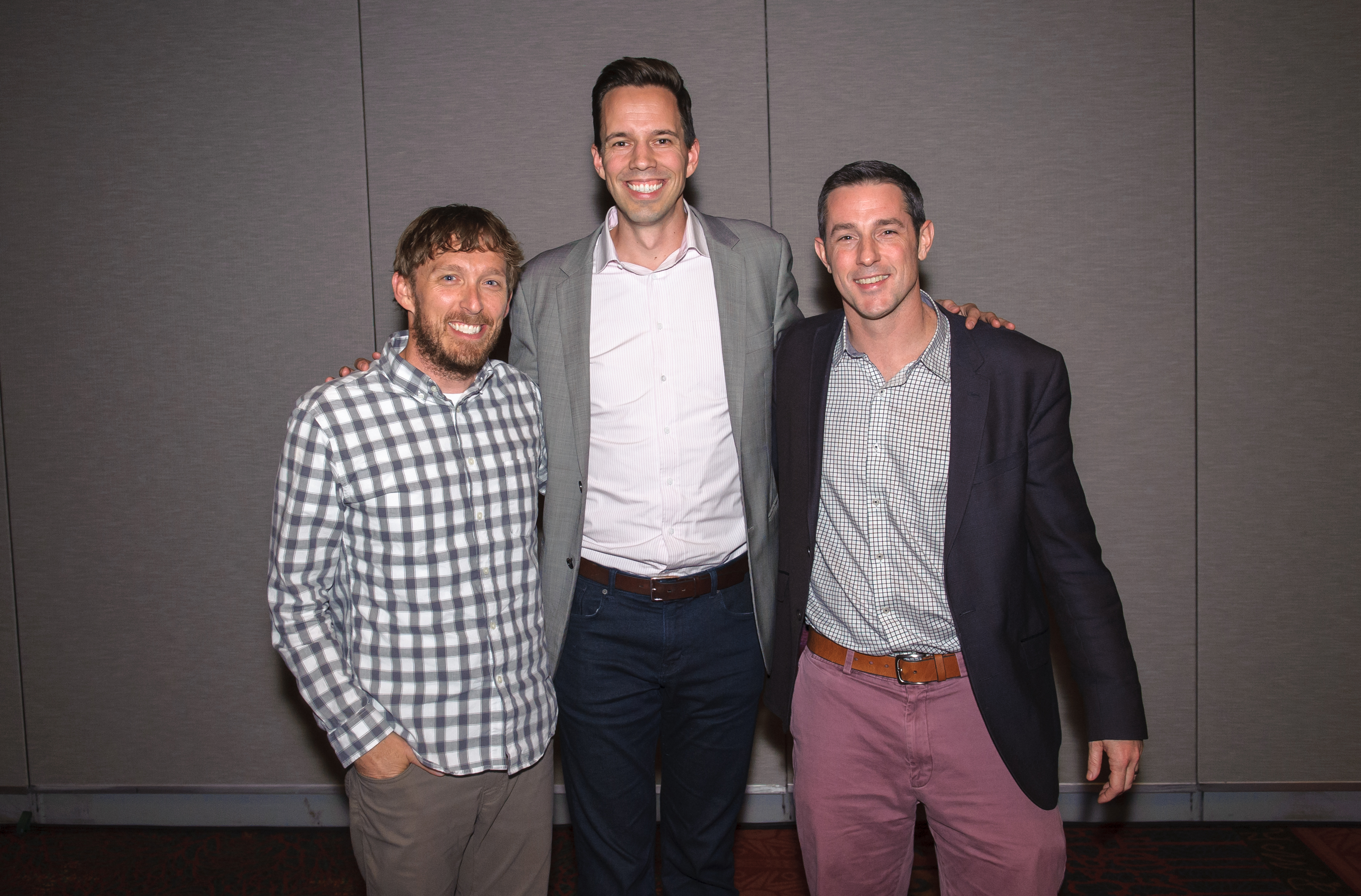 Prior to work at Mount Holyoke College, Mike was a second grade teacher at the William E. Norris Elementary School in Southampton from 1998-2012 where he established himself as an accomplished teacher and educational leader. He was the 2008 Massachusetts Teacher of the Year, a recipient of the 2009 National Education Association/Horace Mann Award for Teaching Excellence, and the 2010 recipient of the Presidential Award for Excellence in Mathematics and Science Teaching.

Over the course of his 14 years of teaching, Mike worked to create classroom environments that were enriching and inclusive. Students in his class engaged in authentic learning experiences throughout the year like raising Atlantic salmon in the classroom to release in a local river as part of a restoration project. The highlight of Mike’s classroom was “The Flynnsters”, a television show his class produced throughout the year. When they finished a unit of study, the students worked in small groups to develop segments (skits, news reports, interviews, experiments, etc.) highlighting what they had learned. The show was then played throughout the school and shared with families.

Mike has established himself as a teacher leader at the state and national level by developing and providing professional development seminars in the areas of mathematics, science, and technology. He has been a contributing author to many publications for teachers and videos of his teaching are used throughout the country for professional development. Mike also published a children’s book called: Mutasia: The Wacky World of Figley Finch, The Endless Caverns 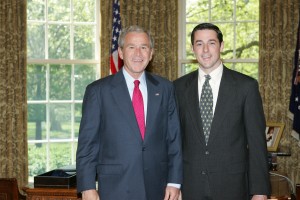 Photo Opportunity with Recipients of the 2008 National and State Teachers of the Year. Michael Flynn, Massachusetts

As a strong advocate of public education, Mike worked with leaders like Senator John Kerry, Secretary of Education Margaret Spellings, and Governor Deval Patrick to improve the quality of education in Massachusetts and the United States. He served on Governor Patrick’s Leadership Council for the Readiness Project, a blue-ribbon panel charged with drafting the next round of education reform in the state. He also served on the Governor’s Finance Commission, rethinking how the state currently funds public education and the Governor’s Teacher Advisory Board.

As an active member of his community, Mike served as an elected member of the school board in Northampton for 8 years. He was a Recreation Commissioner overseeing Northampton’s Recreation Department and was a board member for the Northampton Education Foundation, a nonprofit organization that raises money and awards grants to teachers in the Northampton Public Schools.